The civil service defined itself as “key wheels on which the entire engine of the state has to move.” Derived from the colonial legacy of the former Indian Civil Service, the civil service came into its modern formation immediately after the establishment of Pakistan as a “Civil Service of Pakistan”. During its time of formation, the bureaucracy produced Ghulam Ishaq Khan who would go on to become the President of Pakistan. It had influence on many of the state’s defence, internal, foreign and financial policies. In 1971, it was re-organized and reestablished under “Chapter I: Part-XII, Article 240” of the Constitution of Pakistan which gave it foundation and constitutional status. The civil bureaucracy closely collaborated with the military establishments of Pakistani Armed Forces in issues concerning the national security. The bureaucracy consists of 12 directorates that provide vital office and secretariat related duties to the Government of Pakistan. The provincial bureaucracies are headed by the respective Chief Secretaries of Khyber Pakhtunkhwa, Sindh, Punjab and Balochistan. The highest attainable rank for an officer who serves in the country’s bureaucracy is BPS-22 grade.

The most influential civil servants belong to the Pakistan Administrative Service and the highest-ranking civil service positions are the federal secretaries and provincial chief secretaries
The Civil Service of Pakistan selects only 7.5% of the applicants by merit, education, qualification and experience while the 92.5% are selected by a quota system. The civil service exams are competitive and provides equal opportunities to males and females, depending on their qualifications. The CSS Examinations are held at the start of every year. The exams are conducted and supervised by the Federal Public Service Commission www.fpsc.gov.pk. CSS exams have a reputation of a very low pass percentage, in 2015, only 3% of the 12,176 participants cleared the multi-staged exam.

In the parliamentary democracy of Pakistan, the ultimate responsibility for running the administration rests with the elected representatives of the people which are the ministers. But the handful of ministers cannot be expected to deal personally with the manifold problems of modern administration. Thus the ministers lay down the policy and it is for the civil servants to carry out this policy. The Sindh province with 45 million population has over 50,000 public service employees including government. 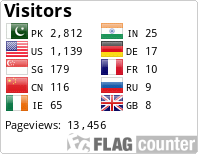